The albums "Manifest Density" and "Cropduster" by ADOLESCENTS are finally available on limited vinyl again. Out on 26.08.2022 via Concrete Jungle Records and already available for pre-order: https://ffm.to/adolescents

For more than 40 years now, ADOLESCENTS have earned an undisputed reputation as one of the best-known punk and hardcore bands in the U.S. – Founded in 1979 by ex-AGENT ORANGE bassist Steve Soto and vocalist Tony Cadena. Together with the famous Agnew brothers of SOCIAL DISTORTION they released their debut album in 1981 and it's hard to imagine the scene without them since then.

Now the two most recent albums "Manifest Density" and "Cropduster" get a very special treatment: A re-issue on limited 180g "Gold" vinyl via Concrete Jungle Records. At least this might console fans of the band a bit about the canceled European tour in the summer of 2022. Let's keep our fingers crossed for an early return of the quintet to Europe! 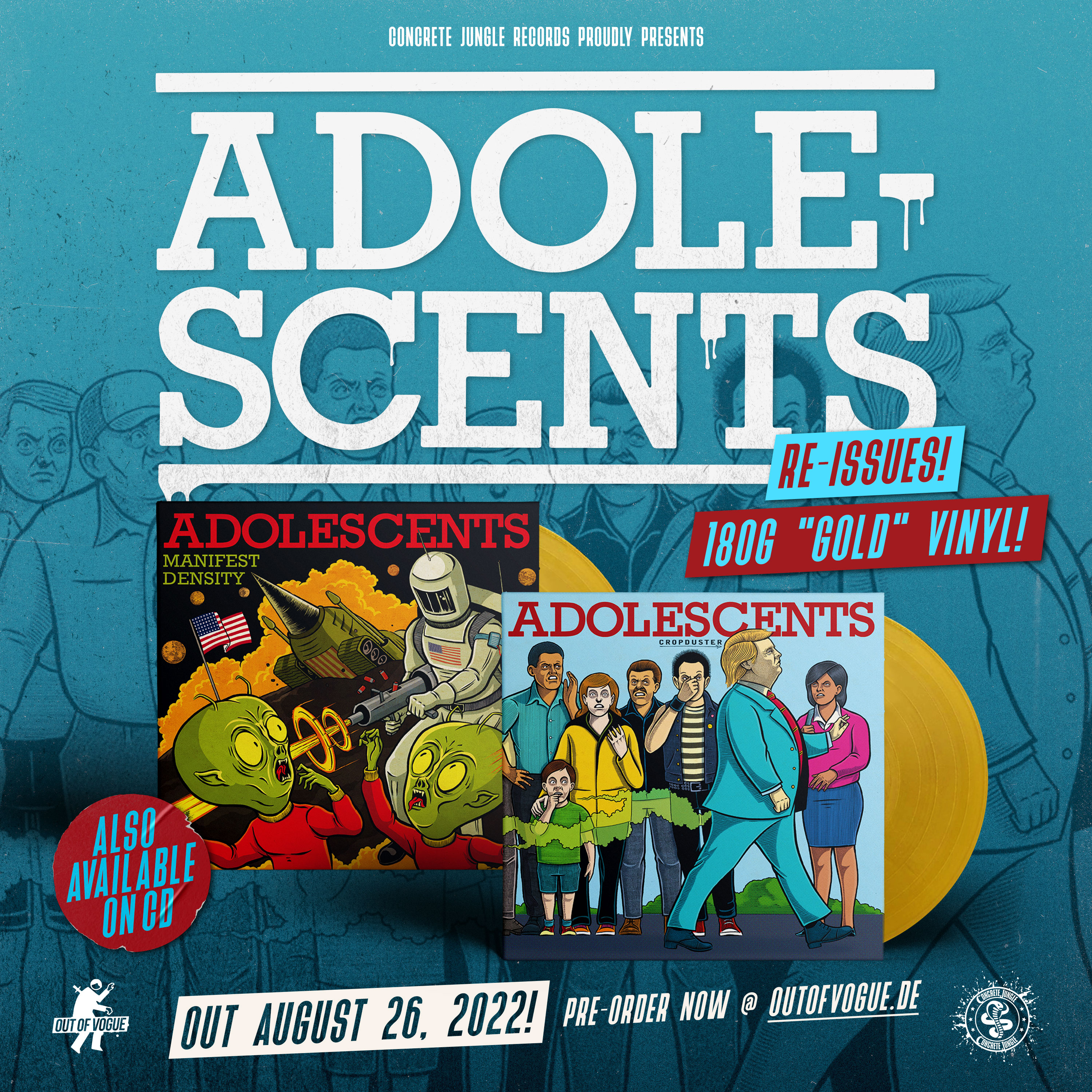 The albums "Manifest Density" and "Cropduster" by ADOLESCENTS are finally available on limited vinyl again. Out on 26.08.2022 via Concrete Jungle…

AUTHORITY ZERO will return to Europe in a few days! Besides festival appearances at Punk Rock Holiday in Slovenia, Brakrock in Belgium, Xtreme Fest in…